Urban vacuums are ecological vehicles for the urban hygiene that collect any litter such as bottles, leaves, cans, cigarette butts, animal excrement, etc.

They are equipped with a powerful suction motor whose power can be controlled by the operator according to the heaviness of the waste to be sucked. In this way, if the dirt were not very heavy, the use of suction would be at a minimum to preserve the battery autonomy.

Our production of electric urban vacuum cleaners is equipped with a powerful powerful PM10 fine particle filtration system placed vertically, which guarantees long performance and a continuous release of clean air into the environment.
The substantial difference between ARIA and ARIAMATIC models stands on the electric traction. Whereas the street vacuum ARIA 240 works like the common self-propelled electric vacuum cleaners, whose traction is controlled by the operator through the front steering lever, the ARIAMATIC 240 is the first electric urban vacuum autonomous driving on the market able to follow the operator independently. 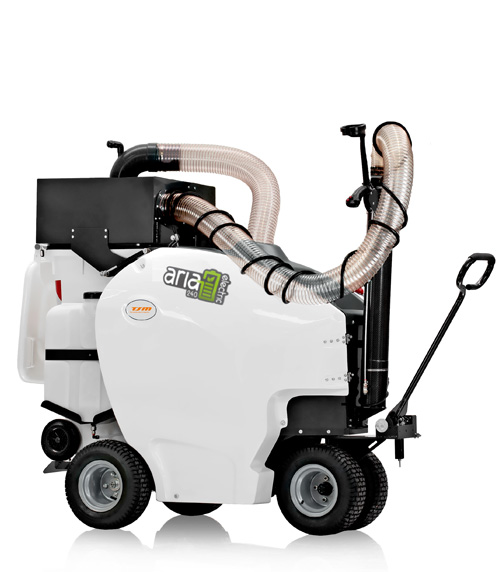 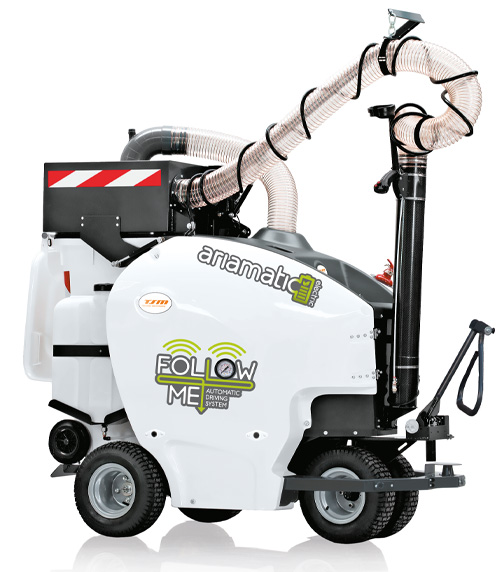 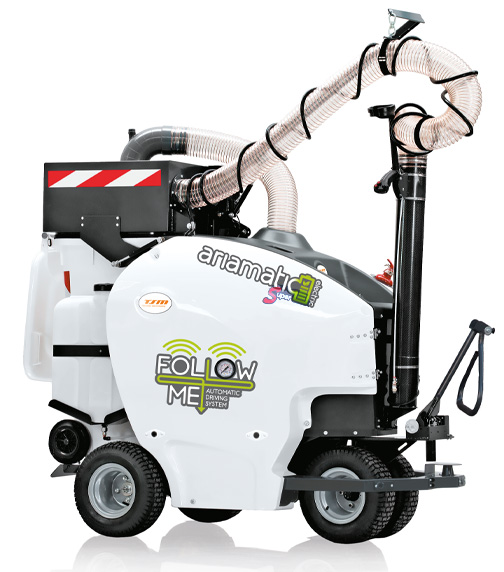